Whether you are trying to cook a meal for your family and trying to find the healthiest cooking oil, or if you are deep frying pounds of chicken wings and want to know what cooking oils won’t overpower the flavor, MOPAC can help you find which oil is the best. Flavor, price health impact, and smoke points can all be key decisions on what kind of cooking oil you choose. Whether you are looking for a tasty option like olive oil, or an affordable option like canola oil, or even exotic oils like coconut oil. Try to ask yourself a few key questions like: what are you cooking? how much are you willing to spend? is this oil a healthy option? can you reuse this oil to get the most value?

In the world of cooking oil, there are generally two categories cooking oils fall under- either they have been refined through a process and super-heated to create a cooking oil, or they are unrefined and to make it the materials are cold-pressed until the materials release their oils. Generally, refined oils are better to fry in because the oils that are mechanically pressed (like extra virgin olive oil) have a much lower smokepoint, which means the temperature at which the cooking oil starts to break down and becomes rancid happens much sooner in unrefined oils. If you are frying food, you also want to choose oils that are stable even when they are heated. In general, the more saturated the fats in an cooking oil are, the more stable they will be when heated. If you want your fried foods to be flavorful and crisp but won’t break your bank, follow our general guide below! And if you are a restaurant or buying large quantities of cooking oil, contact MOPAC to help you recycle the oil and we can both improve our environment.

Also known as rapeseed oil, it’s extracted from the canola plant. In general, canola oil is almost transparent, with a light yellow tinge. It is high in monounsaturated fat, is low in saturated fat, and has plenty of omega-3s. Because of the type of fat, it has a high smoke point and is a good choice for deep frying. Canola oil is processed, so a lot of the health benefits are stripped during this process so it is not the healthiest option on the list. Canola oil is already widely used in many prepared products like oven-baked chips as well as frozen fish fillets so it is easy to find canola oil in bulk quantities. If you do chose to fry with canola oil, keep in mind that it does become unstable after heating, so you should not reuse canola oil (there are several ways to dispose of used cooking oil, read our article Ways to Dispose of Grease for Restaurants and Residents to find out what to do with that leftover grease) 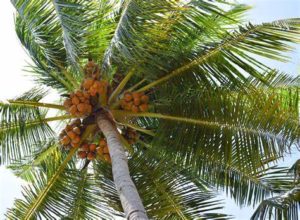 This is a cooking oil that is extracted from the meat of matured coconuts and there has been some debate about the health benefits of coconut oil. Coconut oil is a known good source of lauric acid, which helps increase HDL or our “good” cholesterol levels. People have said it can help to kill harmful bacteria as well as slim belly fat, but the results are still out about that.Either way, it is very high in saturated fats (over 90%) so it is incredibly stable and therefore can fry continuously for hours. It does have a lower smoke point, which means it can only fry at lower temperatures. It also has a slightly sweet flavor, which lends itself great in fried desserts like doughnuts and funnel cakes.  Regular coconut oil, virgin, and extra virgin olive oils are all healthier options and can be used as dressings or to fry in. Hydrogenated Coconut oil, on the other hand, undergoes a process where is it heated and pressed to extreme levels as it is being introduced to hydrogen and a metal catalyst which makes the cooking oil more stable and last longer. This process strips any benefits to the cooking oil that the original refinement had.

Made from pressing peanut kernels (also known as groundnut oil), this cooking oil has a yellow color and has a notable peanut flavor. It is full of predominately monounsaturated fats. Refined peanut oil is actually allergen free, so no need to pay special attention to peanut oil (it does not contain proteins that trigger reactions in peanut-allergic individuals). It is relatively high in polyunsaturated fats which makes it go rancid faster than some of the other cooking oils. If stored in a dark, cool place a lot of the risk can be negated. It is also one of the more affordable kinds of cooking oil. 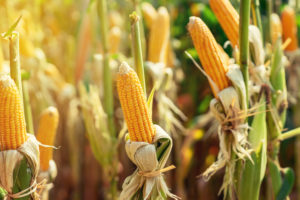 Corn oil comes from processing kernels, and it has a relatively high smoke point. Known to have a mild flavor, but it usually does not impact the flavor of the food. It is a relatively inexpensive cooking oil, which makes it a good option for bulk restaurant use. It is often used as an ingredient in margarines to make it spreadable. 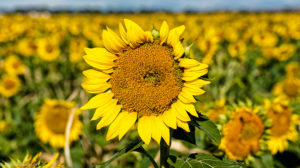 Sunflower oil is extracted from the seeds of sunflowers, it is usually refined which involves a process which uses chemical solvents like hexane. The process makes the cooking oil more stable, but it extracts a lot of the health benefits. Since it has a higher smoke point and no flavor, it is great for frying items like tempura and chips. It is a common cooking oil in food manufacturing, although it is only moderately affordable and in the same price range as coconut oil. 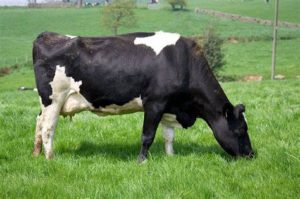 The only cooking oil on this list that is not made from vegetable matter, lard and beef fat are both options you can use to fry. Made from the fat of pigs or cows (lard is pork) this cooking oil is solid at room temperature and incredibly stable. It is generally the most expensive product you can use to fry food, but it is excellent to deep fry in. You can purchase lard from local farmers, but you can also contact MOPAC for large quantities of beef fat and choice white grease (lard). These cooking oils do lend a great flavor to the fried food, as well as adding crispiness without damaging product. The fats are generally a mix of saturated and unsaturated fats, making it very resistant to heat. Lard and Beef Fat are dissimilar from butter, which does not have the right chemical composition to be fried and will burn at high temperatures.

Rice bran oil is extracted from different parts of the rice plant- the bran and the germ. It is a thicker cooking oil with low viscosity and low smoke point which make it a good option for deep frying (especially seafood, which has high water content). It is about 50/50 monounsaturated and polyunsaturated which makes it fairly unstable and fairly unhealthy. Some have said that rice bran cooking oil has substances that reduce cholesterol and decreases calcium absorption which can reduce the formation of certain types of kidney stones. But it is one of the only cooking oils that can withstand some very hot frying without going rancid, although it is an expensive oil and often hard to find in bulk quantities. Watch out for false claims like “extra cold-filtered” which has more to do with how it is refined and less to do with any added health benefits. 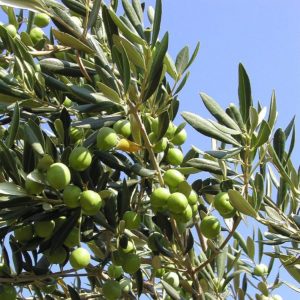 Olive oil is usually a blend of virgin olive oil and lampante olive oil (which is unfit for human consumption by itself) and they are blended together and a chemical process helps bleach and deodorize the cooking oil. It has high levels of monounsaturated fatty acids, which makes it a healthier option, but the refinement process eliminates a lot of those benefits. Monounsaturated means they only have one double bond, making this type of fat resistant to heat and better to fry in. Olive oil is best for shallow frying like pan-frying, but can also be used to deep fry as well as it has a higher smoke-point. It does have a flavor, so be careful because too strong of a flavor and it could overpower the food.

All done with your oil? DON’T just dump it down the drain! You could damage your pipes and clog your plumbing, causing expensive repairs (read about fatbergs in our blog what what grease down drains means for the environment). Besides dumping it down the drain you have quite a few options to dispose of your cooking oils in a responsible and sustainable way. If once you are done frying you still have a lot of leftover oil, you can actually reuse it for the next time you are cooking. Carefully pour the oil from your fryers or cooking pans through a strainer, coffee filters, or cheesecloth into a secure jar with a lid. Make sure the jar is well sealed, and store in a dark, dry, cool place for the next time you need to fry! If the oil is already old, rancid, or smells strange, feel free to secure the oil in a leak-proof container and bring to your local recycling center. You could also donate it to local restaurants, or if there are no other options you can throw in your trash as long as it is well secured and won’t leak. If you want to learn more about where to recycle, we have a blog article about that too!

If you have large quantities of oil you need to remove, you can contact MOPAC for used cooking oil disposal on the East Coast- from Eastern Pennsylvania including Philadelphia, to Long Island, New Jersey, Delaware, Maryland, and parts of Virginia (click here to get a detailed map of our service area). We have been helping restaurants, grocery stores, and the local community recycle old animal and plant by-products like used cooking oil. If you need help removing cooking oil, you can learn more about our services here, or you can leave your information below and our team will get back to you shortly about how MOPAC can assist you!

Ready to sign up for our Used Cooking Oil Recycling Program or need to still ask a few questions? Leave your info below to have a trade rep contact you about your used cooking oil needs.