140 Years of Outstanding Service or The Long History of MOPAC

To begin to discuss the long history of MOPAC, or Moyer Packing, must begin several hundred years ago in Pennsylvania. Located in eastern Pennsylvania, MOPAC is one of the largest renderers in the eastern United States. With more than 135 years of industry experience, our expert staff understands your grease recycling and rendered product needs. That’s why companies like yours rely on our expert service.

The Long History of MOPAC

MOPAC began as Moyer Packing– a family owned, one-man run meat packing plant in 1877. Abraham F. Moyer bought land in Souderton, Pennsylvania when the area was almost entirely made up of farm-land. When Moyer Packing began, it started in a town that had as many horses and cattle as people. As the area around MOPAC became urban and industrialized, MOPAC became increasingly popular through the twentieth century. For one hundred years MOPAC serviced the area with superior beef while also focusing on going green and giving back to the environment. They developed a rendering facility that eliminated all waste so that 100% of the product is reused.By 2000, Moyer Packing had become the ninth largest beef processor in the US and the largest in the Eastern United States. Our operations include fabricating and further processing, hide processing and a multitude of rendering facilities.

The rich heritage of the Moyer brand stems back to 1877, when Jacob Freed purchased a small farm in Morwood, PA, and started a local beef-and -pork butcher shop.

Jacob Freed began rendering inedible by-products of his butchering business because the cattle industry found that the "optimization of the by-product use reduces the ultimate cost to the consumer of the primary product, meat."

Jacob's son-in-law's, A. Moyer and Irwin Kulp took over the growing butchering and rendering businesses respectively

Jacob Freed passes away, leaving the rendering business to Irwin Kulp. He faced the looming threat of the great depression after the Stock Market crashes that same year.

1932- Nelson Moyer buys the business from his uncle and operated as  N.F. Moyer Co. during the midst of the Great Depression.

1939- The name of the company was changed to North Penn Hide Co.

1964- A newer, more modern plant was built, paving the way for better technology and industry leadership.

1972- A. F. Moyer & Son, the beef production side, and North Penn Hides Co., the rendering side, combined together to become Moyer Packing Co.

1974- "State of the art" continuous cooker was introduced to our systems, speeding things up expotentially

Another blending facility for finished products and animal feed was bought in Seaford, DE which is still in operation today as well.

By 2000, Moyer Packing had become the ninth largest beef processor in the US and the largest in the Eastern United States. Our operations include fabricating and further processing, hide processing and a multitude of rendering facilities.

Moyer Packing was aquired by JBS and since then as dedicated itself to our customers and the environment hoping that through both we can achieve a better planet. 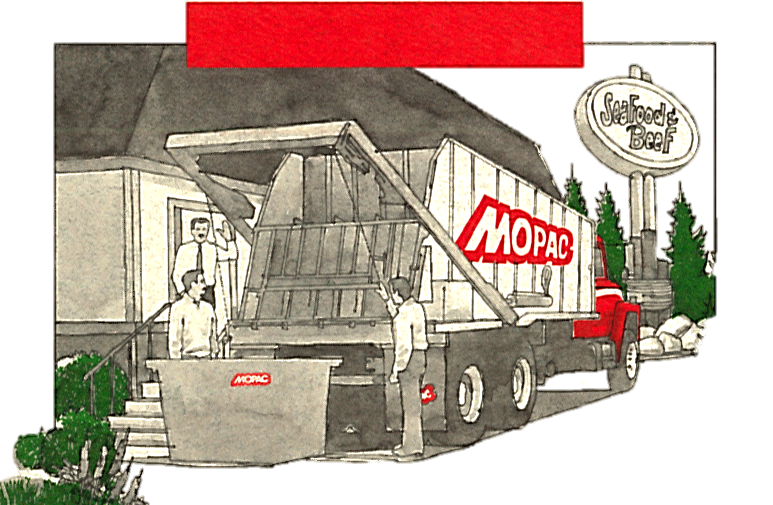 Committed to Our Community and Our Environment

Now, as a subsidiary of JBS, MOPAC is focused fully on developing our environmental stewardship as a company that takes responsibility for impact on the environment and our community. We take the old materials from the community that are unable to go in landfills like grease, cooking oil, fat and bone tissue and recycle it to a surprising amount of your everyday products like make-up, bio-diesel fuel, and animal feed.
Learn about our commitment to our environment

Mopac is a part of the JBS USA family. To learn more about JBS, visit