Much like a food chain or life cycle, cooking oil also goes through a process of transformation and change

Cooking Oil has been a staple of human culture for thousands of years, with the ancient Greeks crushing olives and heating them under the sun for olive oil. That tradition has continued onward throughout history, gaining momentum until most people can’t picture cooking without cooking oils. These oils come in many different forms, extracted from a lot of different plants and animals- from coconuts to peanuts to rice to beef fat– almost anything can be turned into an oil (although not all of them can be used in cooking). Some were only recently discovered using new processes and allowing what was previously a waste product into the market as a commodity. Oils like corn oil, cotton oil, and watermelon seed oil are all relatively new oils available, using new technology to find them. All oils have slightly different qualities including smoke points, nutritional content, flavor and cost. If you need a guide on which cooking oil to choose, read about it in our blog. 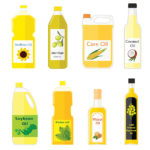 Most oils undergo an extraction process to create oil- bio-matter like fruit or vegetables are pressed at incredible strengths, creating the heat and pressure necessary to pull oils out of solid materials. Materials like olives can go through several different types of extraction methods to create different types of oil like Extra Virgin Olive Oil or Cold-Pressed Olive Oil that have different flavors and smoke points. They are made to have different uses, some made only for flavor and are best drizzled over certain foods, while others are used in industrial processes to keep machinery from seizing. How the cooking oil is made will dictate how it can be used. 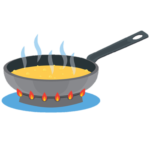 Having so many different types of oil available has given Americans the advantage of being able to compare different oils to find one that will work best for their scenario. A new concern that has been cropping up in American consumers is how healthy the oil is. All oils are made primarily up of fats- and although humans need fat in their diet, too much of it can lead to health complications. What is healthy and unhealthy is constantly changing in the minds of Americans– is it saturated or unsaturated fat? Polyunsaturated? Does it have Omega fatty acids? Which chains? Omega-3? Omega-6? Does it reduce LCL and cholesterol? Will it help burn fat? Different oils have gone in and out of popularity, and the focus on “healthy” oils is constantly shifting. With adequate research, these products can be an asset when trying to lose weight, but if you aren’t paying attention they can also be detrimental to your health. What matters is you made the decision for which cooking oil based on the things that are a concern to you. There are so many different options so consumers can make informed decisions about the food they eat. Overall, Americans consume about 13 million gallons of cooking oil per year- mostly for fried foods and things like salad dressings but there is oil even in things you didn’t realize, like soft-serve ice cream and soft breads.

One of the few types of consumable commodities where people can, and are encouraged, to reuse and recycle materials. In general, when using cooking oil to bake or fry, the food will release its water content and absorb oil. About 30% of the oil will be able to be absorbed by food, leaving behind water and the other 70% of the oil. After cooking, people are often left with oil and bits of leftover food. The oil can’t be dumped down the drain as it will solidify, mix with other fats and flushables, and create what governments have dubbed “fatbergs” in sewers underground (read about fatbergs in another blog article here). Instead of pouring any oil down the drain, you can actually reuse the oil at a later date. Wait until the oil cools, grab a glass or spill-proof container, and use a strainer or coffee filter to strain the oil into the spill-proof container. Store that oil in a safe, dark storage area and it is good to use for the next time you cook (just make sure to check the color and smell when you go to use it next. If the oil is exposed to heat, it can go rancid). You can actually reuse cooking oil as many times as you’d like, just checking to make sure you are comfortable with how the oil looks and smells. Once the oil is too spent to reuse, or it has gone rancid, you can donate, compost, or throw away.

Once the oil starts to smell or is an uncomfortable brown color, it is time to properly recycle the oil. It is easy to just throw it in the trash, but cooking oil is actually considered a semi-hazardous material as it can clog piping and sewers, and if spilled can kill marine and wildlife. Any cooking oil that leaks into the ground will kill any surrounding ecosystem, including plants, grass, and trees. So, if it can’t be flushed or casually thrown away, what happens to used cooking oil? For citizens looking to get rid of under 5 gallons of used cooking oil, there is most likely a nearby recycling center that has certain days where it collects used cooking oil. It can also be donated to nearby restaurants or grocery stores that are part of used cooking oil recycling programs. If you have over 25 gallons of used cooking oil on a regular basis, most local governments will require the facility to find a Used Cooking Oil Disposal Company that will professional remove grease. These centers will have trucks go out and collect thousands of pounds of cooking oil a day, bringing it back to a local recycling center that specializes in cooking oil. Read more about ways to get rid of your used cooking oil in another blog post of ours. 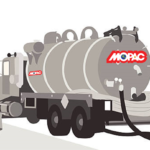 It’s a little known industry, but there are hundreds of American recycling companies that specialize in removing used cooking oil and grease from restaurants, grocery stores, and fried snack food companies. It’s not a pretty business, but someone has to do it. Without UCO Disposal companies, governments would have to spend millions of dollars trying to unclog cities sewers, and it is possible that cooking oil, being disposed of improperly, can get into our waterways and contaminate ground water. Read about what happened in Britain when a massive fatberg was discovered here. Instead, grease removal companies send out fleets of trucks to collect grease, bringing it back to recycling centers in tankers to process. This recycling process goes beyond just “reusing” oil, instead it takes the old, used fryer grease you are trying to throw out, and turns it into other worthwhile commodities like biofuel, cosmetics, pharmaceuticals, and animal feed.

Once tankers have gone and collected thousands of pounds of used cooking oil and grease from local restaurants, grocery stores, and snack processors, the driver will bring the material to a used cooking oil recycling center. The used cooking oil is almost always is mixed with water and bits of organic material from the frying process (small bits of potato or chicken that has fallen off of the food) so to reuse the oil, the recycler needs to remove everything except the oil itself. The process is has steps to ensure that any extra material is extracted before being labeled “UCO” and is resold. The used cooking oil is put first through a SWECO screening, which holds behind any fines or small matter. Next, the cooking oil is heated to high temperatures, boiling off all the excess water, while not getting it hot enough to boil out the oil itself. Once the water has been removed, it is moved into a centrifuge.

Once all of the oil in a tanker has been moved to the centrifuge, it undergoes another screening process. The centrifuge spins the grease fast enough that anything weighing more than the grease is forced to sink to the bottom and is collected, including fines, sediment, and water. Some recycling centers skip this process, as heating and the centrifuge is mostly used to speed up the process. A recycler can remove the heating element and the centrifuge, but would have to allow the grease to settle for two to four times longer than with it. 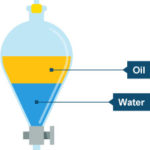 Once this is done, the last step for the grease is allowing it to settle. We put all of the grease in a holding tank, and wait a period of time until the different components separate out into layers, and they collect only the best of the material. This large industrial process, using huge pieces of machinery, is almost identical to a basic science experiment that most kids do. If you fill a bottle with sand, water and oil, vigorously mix them, and then allow them to settle apart, you will see the same process that happens in oil recycling. It is then put in its own tank where it’s free fatty acids and remaining water content are tested. An astounding 4.4 billion pounds of cooking oil are processed and sold annually across the US.

7. UCO is Turned into Other Commodities

Now that the yellow grease has as much of its impurities extracted as possible, it is time to find the used cooking oil a new home. Used cooking oil can come in many different grades, and the quality is usually determined by free fatty acids and water content. In the past five to ten years, a lot of oil has gone into the biofuels industry. Biofuel is a commodity that can be used as a replacement for petroleum, usually with minimal modifications to the engine. It is a cleaner burning fuel, and helps reduce carbon emissions. Read more about biofuel here. Used cooking oil and yellow grease can also make soap, certain cosmetics, and is an ingredient in a lot of pharmaceutical products. UCO also helps provide the pet food and animal feed industries with a nutritious additive. 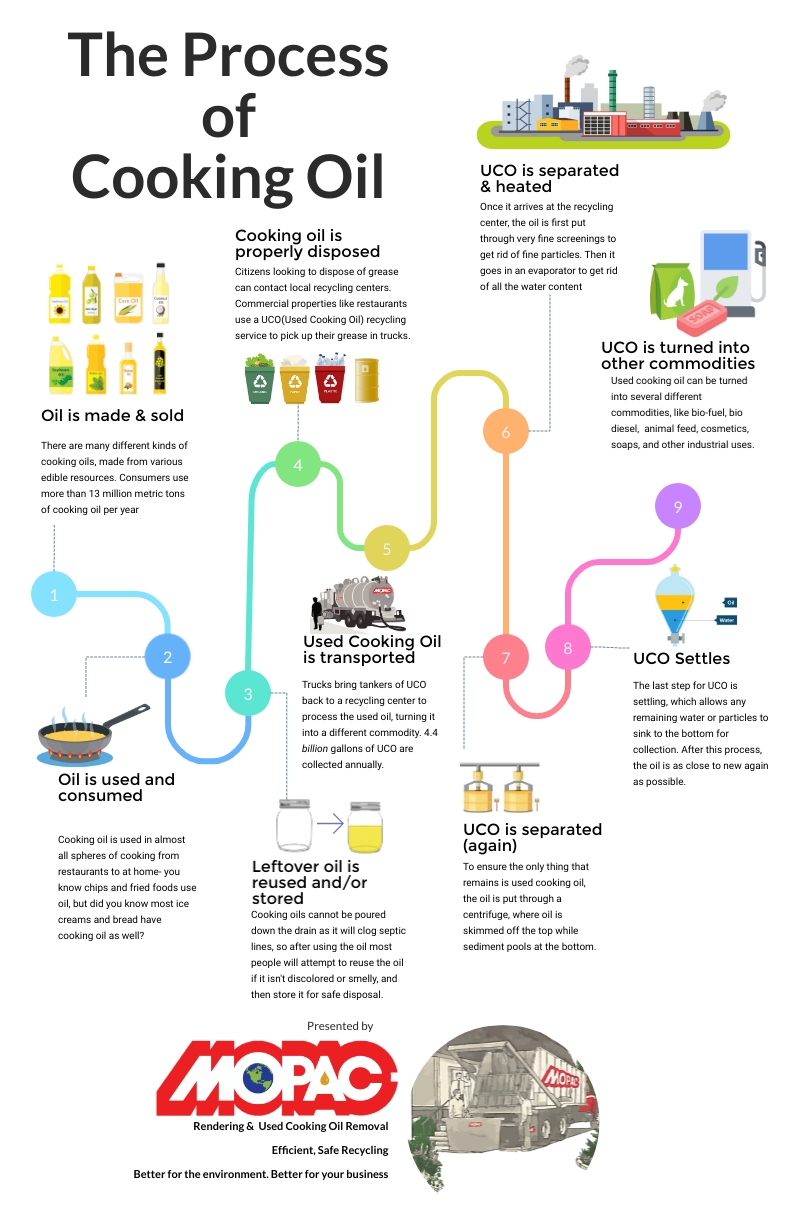 MOPAC Rendering is an established Renderer & Grease Recycler in the Mid-Atlantic Region servicing PA, NJ, DE, MD, and parts of NY with over 60 collection trucks on the road daily. We have been providing service to our Eastern Coast customers for over 150 years.  We have over 10,500 active used cooking oil accounts and consider ourselves the experts in our service area when it comes to handling the collection of used cooking oil, processing it responsibly, and putting a product back into both the bio-diesel market and in the animal feed market.